They call me Briney Jack, and I’ve seen the end.

My spirit animal, the mortal enemy of the invaders, has warned me of what is coming. I’ve tried to tell the world to no avail. We’re not prepared and we will fall. Any moment, the invaders will arrive, and they wont be coming from across the ocean or across space. Hollywood has done nothing to prepare us for the true invaders. They will burrow up from the silty depths. The molluscs have had enough, they wont let us walk on them any more. The Clam People are coming.

They are biding their time, building their strength by leeching our precious plastics from the environment and sucking up our treasured radiation to use against us in the coming clampocalypse. As humanity litters, we’re only arming our greatest enemies, playing right into their dastardly schemes. Every pound of radioactive waste, to them is sixteen ounces of death and destruction to rain down upon humanity. Filter feeding is natures great big joke, until you’re the one being filter-fed upon.

I have been shown a vision of the destruction, the streets littered with bodies and shells. I have seen the streams of salty destruction blasting from giant clam-tanks, that make our most prized weapon advancements look like toys. Our cities rusting away, and being washed to sea with the ever rising tide of clam people.  Their immense floating clam-blimps blotting out the sun, as they rinse us to sea like used motor oil.

The few human survivors only being allowed to live, to massage the fleshy foot of the giant clam-queen. 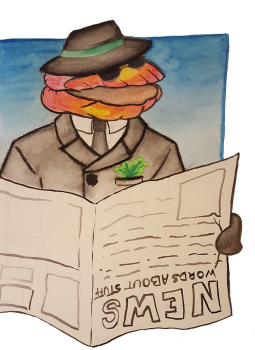 Of course their existence is being covered up. In the face of their insurmountable power, people can do nothing but cower and live in denial. They have spies among us, working to subvert humanity from the inside. Brilliantly disguised with expert camouflage, cardigans and mittens to cover their moist mitten-hands. For generations they have been convincing us of the coolness of littering and smoking, weakening us while we’re simply throwing our most precious resources into the oceans for them to gather and use against us.

They have nothing but time, for every year brings them another layer of calcium armor. Gloves wont be enough to save your fingers from the rage of the bivalves. Prepare yourselves, when the time comes, if you don’t shuck them, they will shuck you, and everyone you love.

I have a beard. View all posts by Aszid